Reliance on wind power is increasing, so the industry must continue to find ways to operate more efficiently, while reducing maintenance and costs. One key to wind energy lies in the turbine’s slip rings, says George Finley, Wind Segment Manager from the Electrical Carbon business of Morgan Advanced Materials.

Wind power in the United States is booming and vast farms of turbines are sprouting across large parts of the country. While this trend isn’t representative of every US state, the country’s use of wind power is on the up and it’s showing no signs of anchoring just yet. Indeed, wind power is on track to overtake hydropower as the U.S. grid’s largest source of renewable electricity in 2019, according to data from the US Energy Information Administration (EIA).

At present, the US has around 58,000 wind turbines, generating a total rated capacity of 91,115 MW but the US Department of Energy projects that this will increase to over 400,000 MW by 2050. This dramatic rise is down to a swathe of onshore developments in Arkansas, Nebraska, New Mexico, South Dakota, and Wyoming. These wind farms will be joined by offshore projects in Maryland and Massachusetts.

With this huge increase in power generated by wind, in turn the number of people that rely on this source of energy will also go up – making it integral that downtime, maintenance and operating costs are kept to a minimum. In with the new

In addition to the sourcing of electricity, the maintenance practices of wind turbines are also undergoing a shift. In years gone by, maintenance engineers have often taken a reactive approach, dealing with problems and failures as they arise. Increasingly though, operators are realising the severe cost implications of responsive repair methods and are looking to a more preventative approach.

Like many industries, the wind power sector is already harnessing emerging technologies such as simulation software, drones and optimisation to anticipate problems before they occur. These technologies are set to improve rapidly, as even the world’s largest technology companies are investing into wind power to increase their green credentials and profits. Both Google and Amazon have invested heavily into the research and optimisation of renewable energy, including wind.

However, it’s not all about digital technologies. Despite progress in automated diagnostic solutions, sometimes there is no substitute for experienced engineers and technicians that are able to spot the tell-tale signs of turbine failure. One such example lies within the mechanics of the turbine’s slip ring and brush system.

The ring of power

Slip rings are used to collect rotor current and send this to the grid. They are often made from solid metals and used in conjunction with carbon brushes, usually made from graphite combined with metals such as copper or silver. 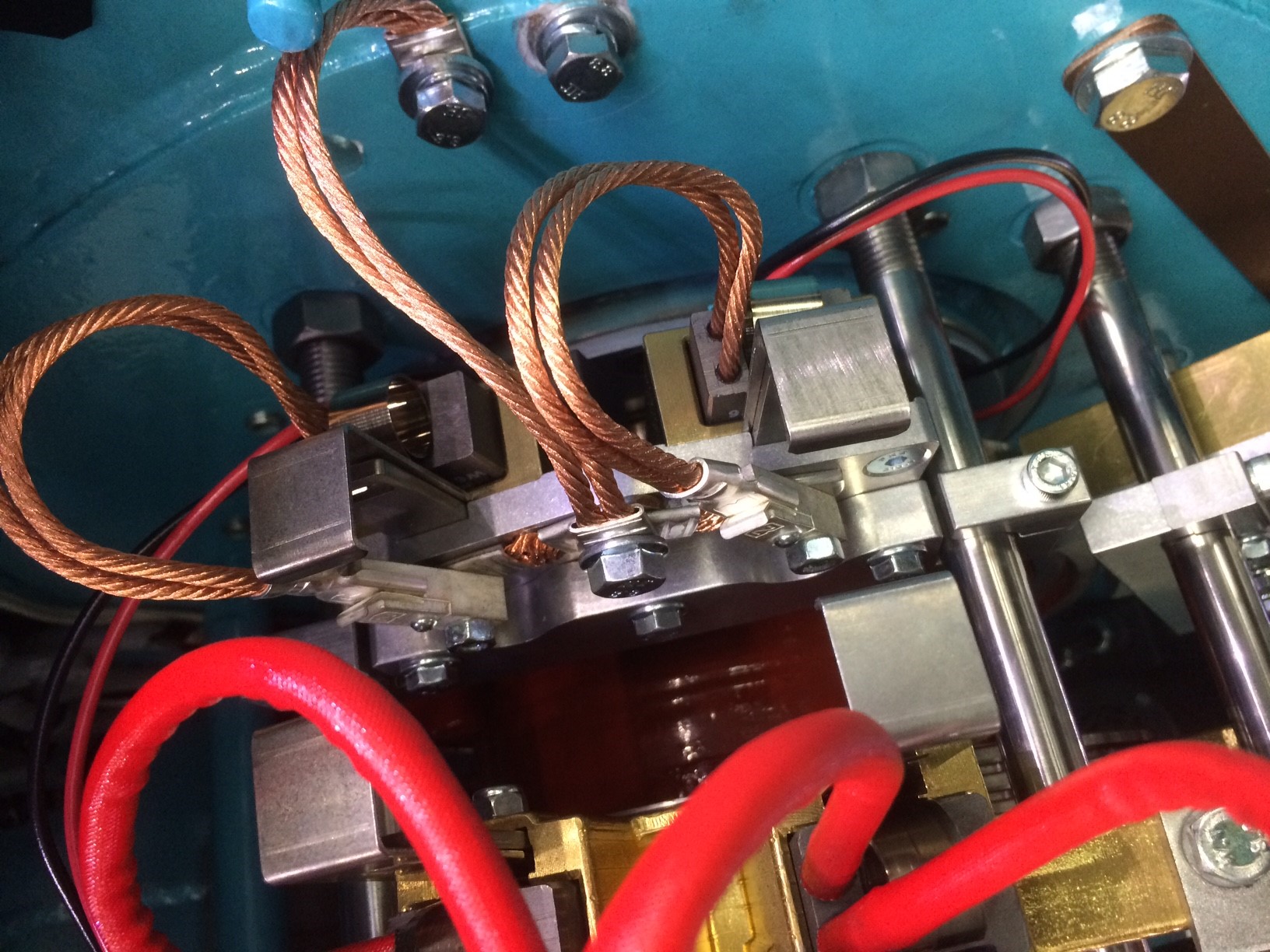 Gone in a flash

It is integral that brushes are held in place with good stability, as instability, known as friction chatter, can occur. This causes a loss of contact between the brush and slip ring interface which can lead to arcing and damage the rings. Even worse, friction chatter can cause a complete flashover which results in high-voltage electric short circuits that can destroy the slip rings, holders and other components in the generator brush box. This damage can lead to costly downtime, in addition to the cost of replacing expensive components.

Similarly, the instability of brushes leads to excessive brush and slip ring wear, which can produce conductive dust. This dust can cause current to track and flow in places where it is not desired, again increasing the risk of flashover.

Brush holders play a large role in eradicating costly downtime in the sense that they provide a stability for the brushes and make a difference in performance and wear rates.

When brush holders aren’t adjusted to the right height, or indeed compatible with the brushes in use, a phenomenon called grooving on the slip ring can occur. Grooving is where brushes lose contact with the slip ring, producing arcing which damages the slip ring in a similar way to how grooves are cut during the electrical discharge machining process. This loss of contact and arcing can also destroy expensive “Wet A” cards which can cost as much as a slip ring assembly.

The Wet A card is a circuit board in the control system that can be overloaded by current and destroyed when ground currents are not properly shunted through the brush to the ground ring interface. Loss of contact on the ground ring and the associated arcing can expose the circuit board to excessive current that overloads the circuits and thus destroys the card.

Bronze is the new gold

Traditionally, slip rings have been made from steel as they are the most affordable. However, bronze is now being recognised as a much more efficient metal for some applications, reducing failure rates, the amount of time technicians spend in the turbine and making uptime a priority. Morgan’s Electrical Carbon is finding greatly improved brush life by using bronze slip rings in tandem with their grade M50BR brush material, which can reduce the frequency of maintenance within the turbine and prevent failures.

While initial outlay for bronze is higher, there is no question that their ability to prolong the use of brushes makes them a worthwhile investment in the long term, and a greater pay off in terms of whole life costs. In contrast to steel, bronze runs cooler and decreases the amount of heat-related damage to the carbon brushes. This is because bronze’s thermal characteristics are better for heat dissipation and with the proper brush material, its ability to form a better patina reduces friction. This leads to longer brush life with less risk of potentially dangerous dusting.

To prevent dusting, engineers should also look to slip rings with specialised paint coatings. These prevent brush dust collecting and sticking to the slip ring, reducing the undesirable tracking of current. 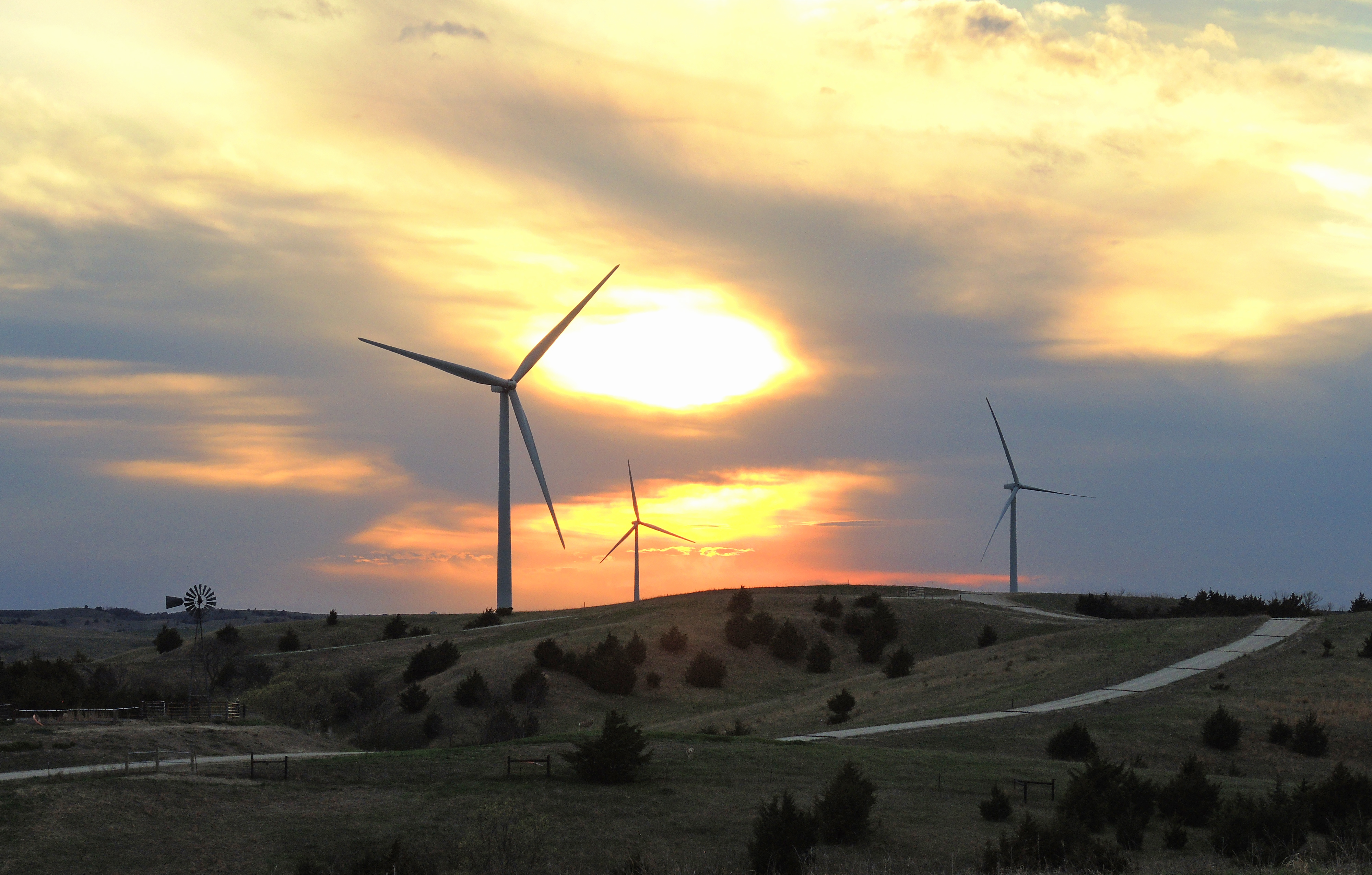 When looking to replace slip rings with bronze, there are a few properties that engineers should consider during the purchasing process. Firstly, find a supplier that has invested significant research and development into its insulation materials. Improved insulation materials will have a higher dielectric strength, be more resistant to higher temperatures and have ‘non-stick’ properties in order to keep conductive dust from collecting and current from flowing where it is likely to cause damage or destruction.

Secondly, the width of the slip ring is also important when looking to decrease temperatures. To counter this, Morgan has developed a bronze slip ring with a 20% increased width for additional thermal mass and added cooling holes for better heat transfer.

As much as new technologies can do for the maintenance and servicing of wind turbines, there is no substitution for experienced design and knowing how materials perform together.

As well as matching the bronze slip rings to the appropriate brush materials, and then correctly adjusting the brush holders, there are also a whole host of other areas where Morgan has improved slip ring design. This includes the aforementioned paint coatings, increased ring width, and cooling holes, but also stud diameters and stud balance should also be considered.