The space industry is growing fast and is predicted to be worth over a trillion dollars by 2040. Keith Ferguson, Senior Business Development Manager at Morgan Advanced Materials’ Braze Alloys Business, explains how braze alloys play their part in safe, reliable and sustainable space exploration.

The saying goes “one small step for man, one giant leap for mankind”. This famous phrase, uttered by Neil Armstrong, is the perfect advertisement for space exploration and its importance to the future.

Less than a century old, space exploration has come on leaps and bounds since the first artificial satellite, Sputnik 1, was propelled into space in 1957. Since then, the world has witnessed marvels such as landing on the moon, the space shuttle programme of the 1970s, and the launch of the International Space Station.

The importance of these missions and their subsequent value is immeasurable. While many might not realise on a day-to-day basis, space exploration has improved lives and the global economy no end. This includes simple weather forecasting, broadcasting TV and radio, predicting natural disasters, monitoring for fertile land, forecasting sea level patterns, and even aiding research in muscular atrophy.

It’s little wonder then, that this industry has significant value. The space industry was reportedly worth $384 million USD in 2017, growing at a rate of 7.4 per cent. According to Morgan Stanley, it sees the industry growing to be worth $1.1 trillion USD by 2040.

However, there are challenges. Many believe that the millions of dollars and resources used to explore space could be better used on immediate threats to society like clean water, famine, poverty and more. Outside of external opinion though, there are internal operational challenges. Namely, space exploration needs to become safer and more sustainable.

A huge part of solving this challenge is in brazing alloys.

A Brief History on Brazing in Space

In simple terms, brazing joins two metals by heating and melting a filler (alloy) that bonds to the two pieces of metal and joins them. The filler must have a melting temperature below that of the metal pieces.

The use of braze alloys in space equipment is mission critical, as they allow sensors to be mounted as close as possible to engines to measure and monitor output and feed data back to operators. Indeed, they’ve already aided successful missions. Two of Morgan Advanced Materials’ braze alloys, RI-46 and RI-49, were specifically engineered and used by NASA on the Space Shuttle Main Engine, also known as the RS25.

RI-46 specifically was developed as a replacement for the existing Nioro® braze alloy, which is comprised of 82/18 Au/Ni (gold/nickel). RI-46 contains much less gold, adding in copper and manganese instead. This helped make the braze alloy significantly less dense and provided crucial weight savings, but also still operable from a wide range of temperatures, between -240°C to 700°C (-400°F to 1292°F).

These alloys have not only been critical for past space missions, but also for future missions. RI-46 and RI-49 have been adopted for NASA’s Space Launch System (SLS), a vehicle that is planned to take a crewed mission to Mars.

As alluded to already, developing new braze alloys is as much about performance as well as sustainability. 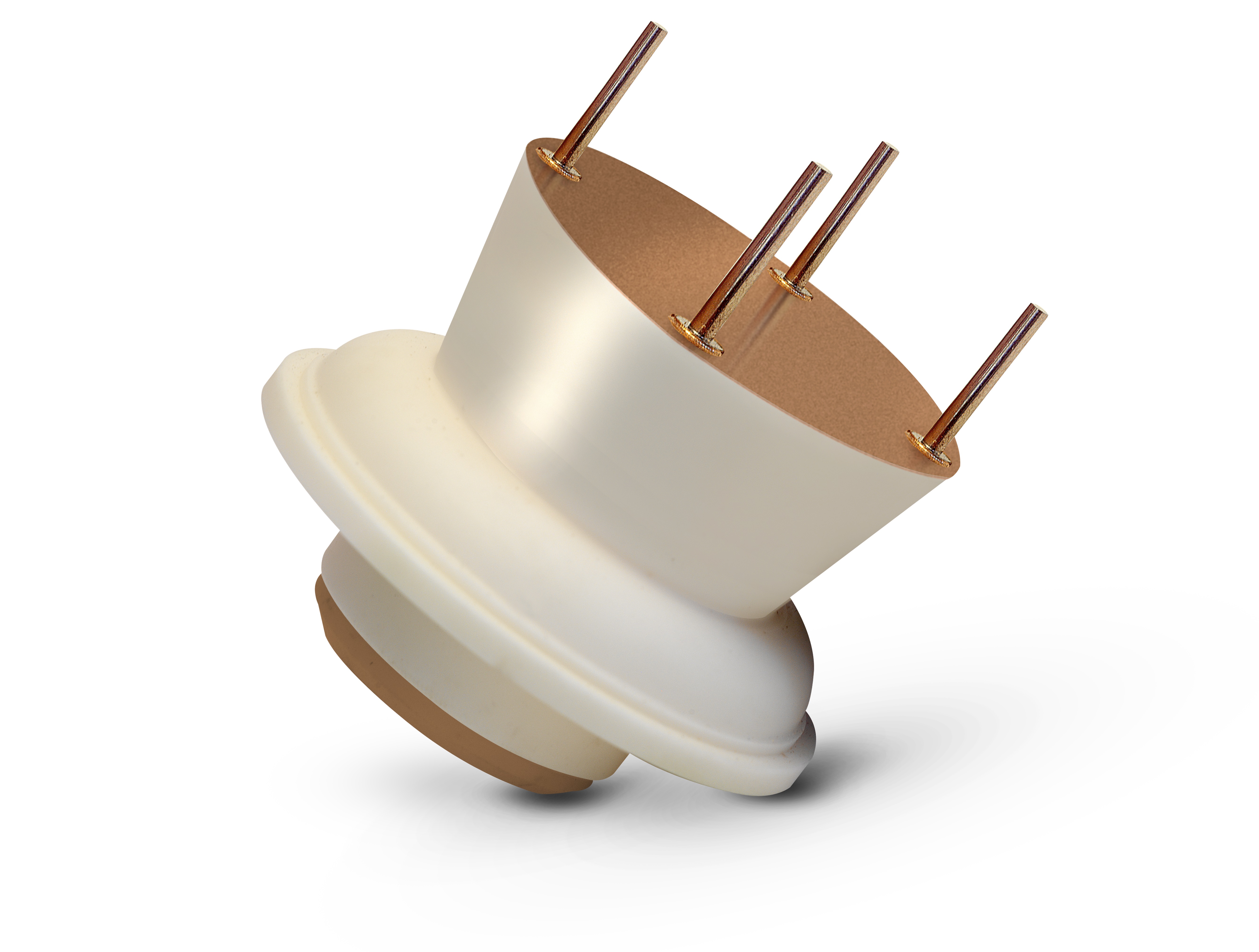 The Need for Non-Precious Alloys

It needs no mention that space exploration is a costly exercise. According to NASA, the average cost to launch a Space Shuttle is $450 million per mission. The Space Shuttle Endeavour, the orbiter built to replace the Space Shuttle Challenger, cost an eye-watering $1.7 billion USD.

Bringing costs down is clearly required to keep space missions feasible. One key part of cost reduction is in reducing the use of precious metal braze alloys.

Precious metals like gold and palladium are becoming increasingly scarce. Of course, the cost of producing alloys from these precious metals is also increasing as a result.

However, there can be a reluctance to come away from using precious metal alloys. Years of research, development and data means these alloys are tested and reliable. When dealing with missions and equipment that run into the hundreds of millions of dollars and, more importantly, the lives of crew members, reliability becomes an overarching objective, and failures must be prevented.

To solve this issue, Morgan’s Braze Alloys business has been researching and developing non-precious metal alloys over many years. As seen from the RI-46 and RI-49 alloys, these solutions are just as strong as their equivalent high precious-metal counterparts, but at a fraction of the cost.

Non-precious metal alloys can be made from metals like nickel, chromium, and cobalt. Their success has already been seen in the aerospace sector, and now research is being pioneered into making them fit for going into orbit and beyond.

Space, For All to Enjoy

Space travel is not just for highly trained astronauts and public benefit, there is also a growing commercial aspect. Satellite TV and radio has already been mentioned, but billionaire entrepreneurs such as Richard Branson and Elon Musk have also been pioneering private space travel. The hope is that civilians might one day be able to enjoy outer space as well, albeit for potentially high prices.

Achieving this dream is of course hinged on safety and reliability, given that lives will be at stake. The key to improving these factors is being able to place sensors as close as possible to the spacecraft’s engine.

By enabling sensors to be placed as close as possible to the spacecraft’s engine, mission control and crew can then accurately read and measure data and output. This includes fuel efficiency, temperature, gas flow and monitoring for fire detection or abnormalities. If these sensors are placed too far away from the engines, then data readings become inaccurate and missions can be compromised.

Recent news highlights why sensor technologies are critical, as a two-man space crew had to abort their flight to the ISS after a post-rocket launch failure. The Soyuz spacecraft started to experience failure 119 seconds into the flight, and seemingly, problems were reported by the crew first, not by mission control. The crew described feelings of weightlessness, an indication of a problem during that stage of the flight. Luckily, they aborted, ejected their capsule from the rocket, and returned safely to Earth.

While the cause is of the failure is still to be identified at time of writing, clearly, such a situation should not be happening. Any problems should be picked up by mission control, and not be reliant on crew judgement.

The challenge though is that some sensors are made from ceramic, due to the need to resist corrosion and high temperatures, typically up to 950°C (1742°F). However, these ceramic sensors then need to be joined to metallic parts of the engine.

This is where ‘active alloys’ come in. Unlike regular braze alloys that join metal to metal, these alloys can join metal to ceramic, or even ceramic to ceramic. Industry standard active alloys like Incusil®-ABA and Ticusil® from Morgan’s range, were developed up to 40 years ago but are still in use today. New alloys are also currently in development to withstand much higher temperatures.

Much like how there is still so much to learn and explore about space, so too is Morgan’s journey with braze alloys. Morgan Advanced Materials is not just committed to making the space industry more sustainable and safer, but it is helping with applications across all industries.

A key pillar of this is through Morgan’s highly specialised Metals and Joining Centre of Excellence (CoE), based in Hayward, California, as well as Morgan’s Brazing Department.

With highly trained researchers and scientists, Morgan’s Braze Alloys business can custom cater alloys to specific applications, run trials to test materials, braze cycles and fixturing. The whole operation, from powder atomization, to preform fabrication and brazing trials, can be looked after from start to finish.

One of the latest developments being pioneered at the Metals and Joining CoE is Flexicore®. This new technology transforms traditionally brittle alloys (such as AMS4777) into a flexible wire form. In many cases, this will be far superior to pastes in terms of repeatability and ease of use. Along with the operational benefits, Flexicore® will also allow for the use of nickel-based alloys to replace precious-metal alloys. Again, this will help to bring costs down for operators and manufacturers. 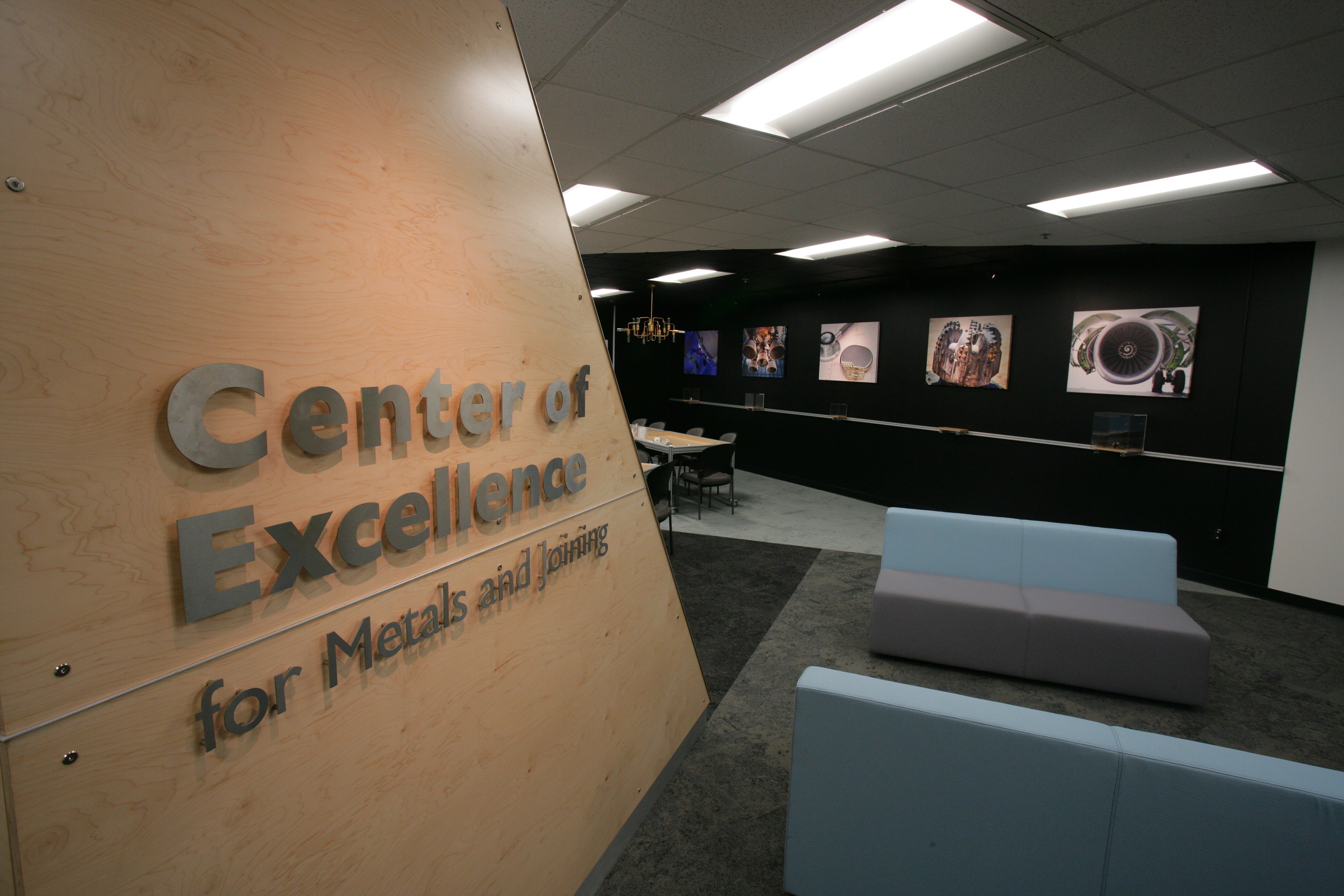 Space travel, as Richard Branson predicts for his own Virgin Galactic programme, is only two or three flights away. We’re truly not far away from entering a new world, and brazing alloys will have their say on how the space industry turns out.

Morgan’s Braze Alloy solutions, like RI-46 and RI-49, as well as others like Palniro-1 and Palniro-7, can already be found across the various programmes and spacecraft. Through more research and development, who knows where this important industry could lead us to.